My challenge for myself was creating a 0$ augmented reality device, with only materials I already had or I could find in the trash. Here is what you’ll need: 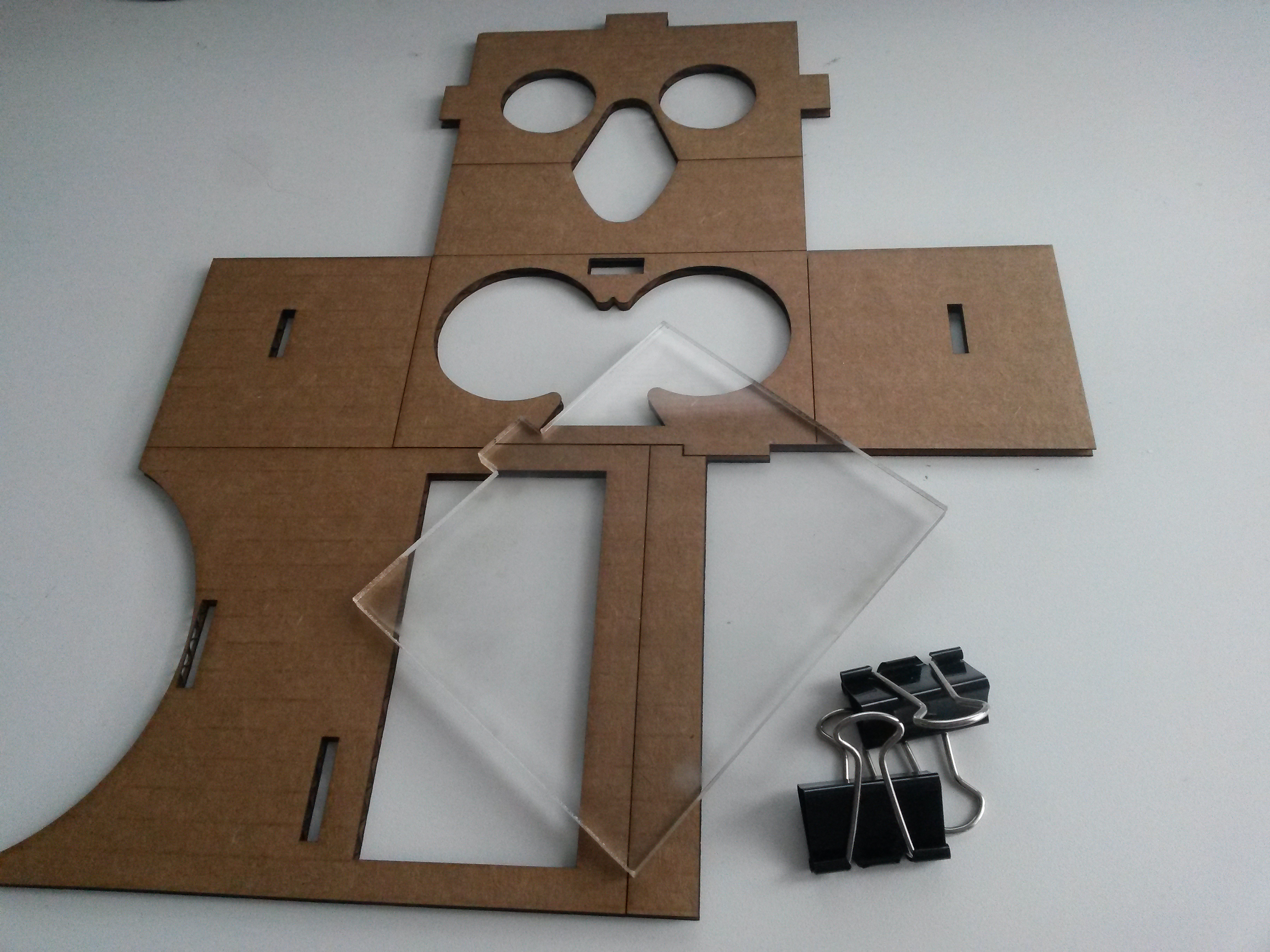 The design is based on the Google Cardboard design, which I modified to fir the augmented reality device 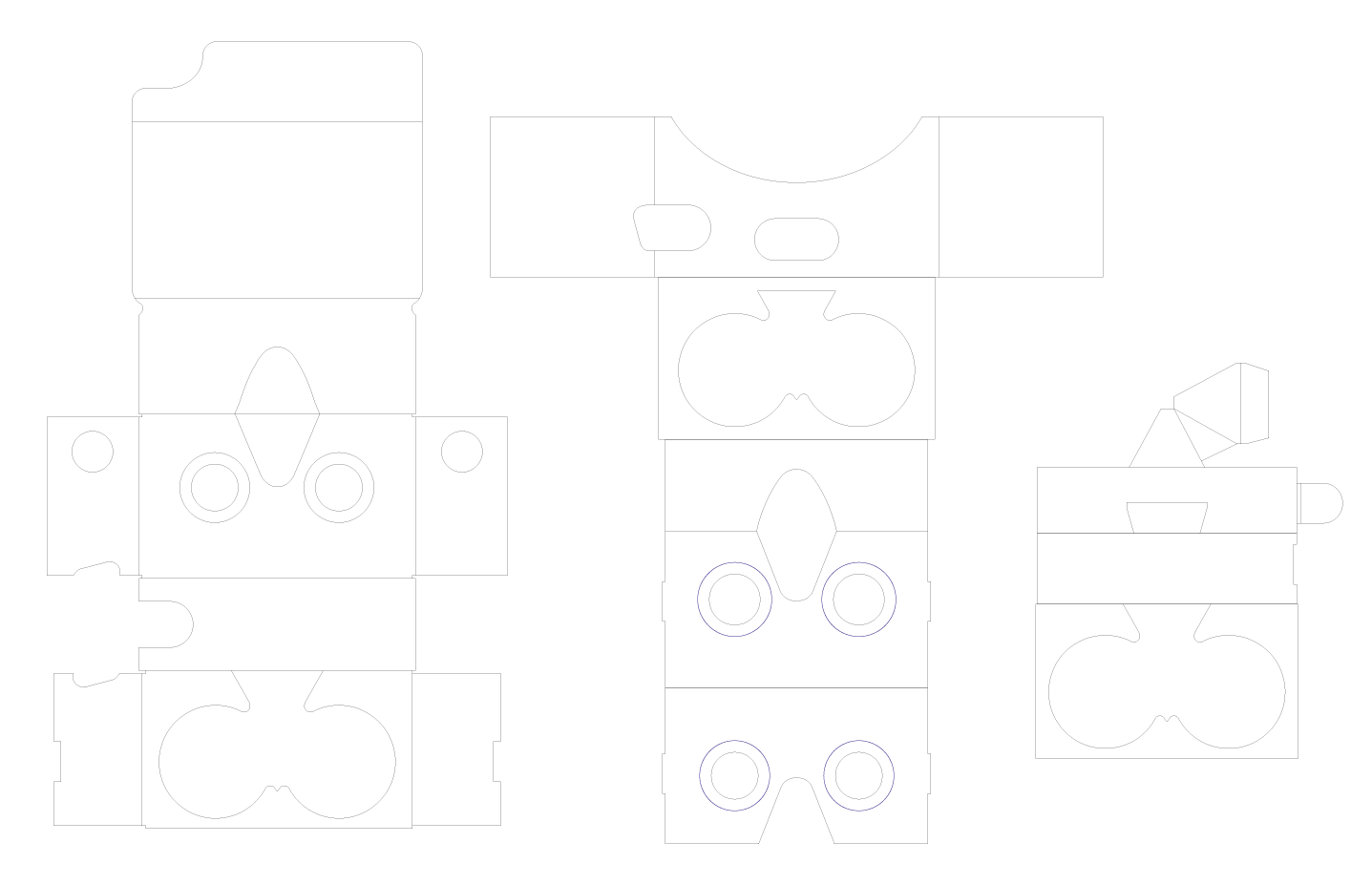 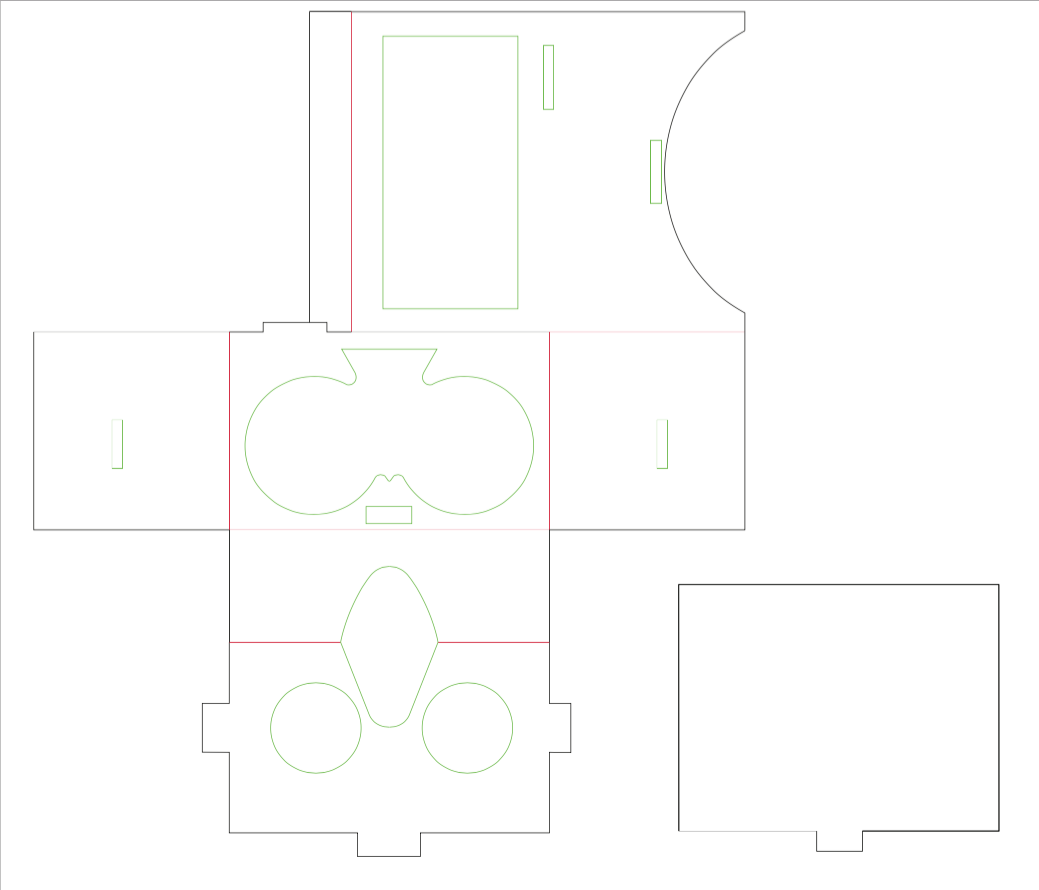 click here to get the file for laser cutting. Cut out the bigger piece from cardboard and the smaller piece from clear acrylic. The red lines are half cuts (for folding). Green and black lines are through cuts. 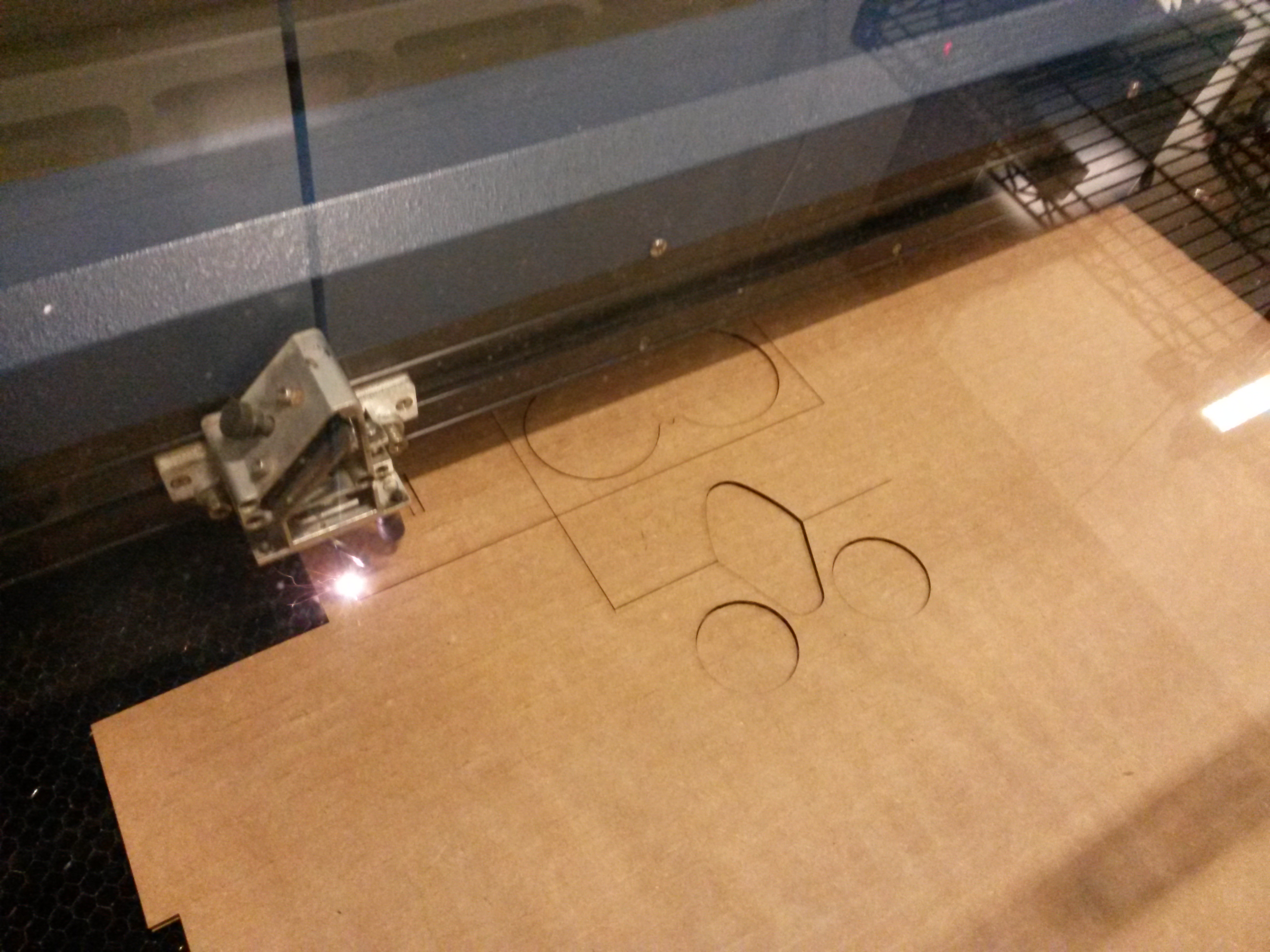 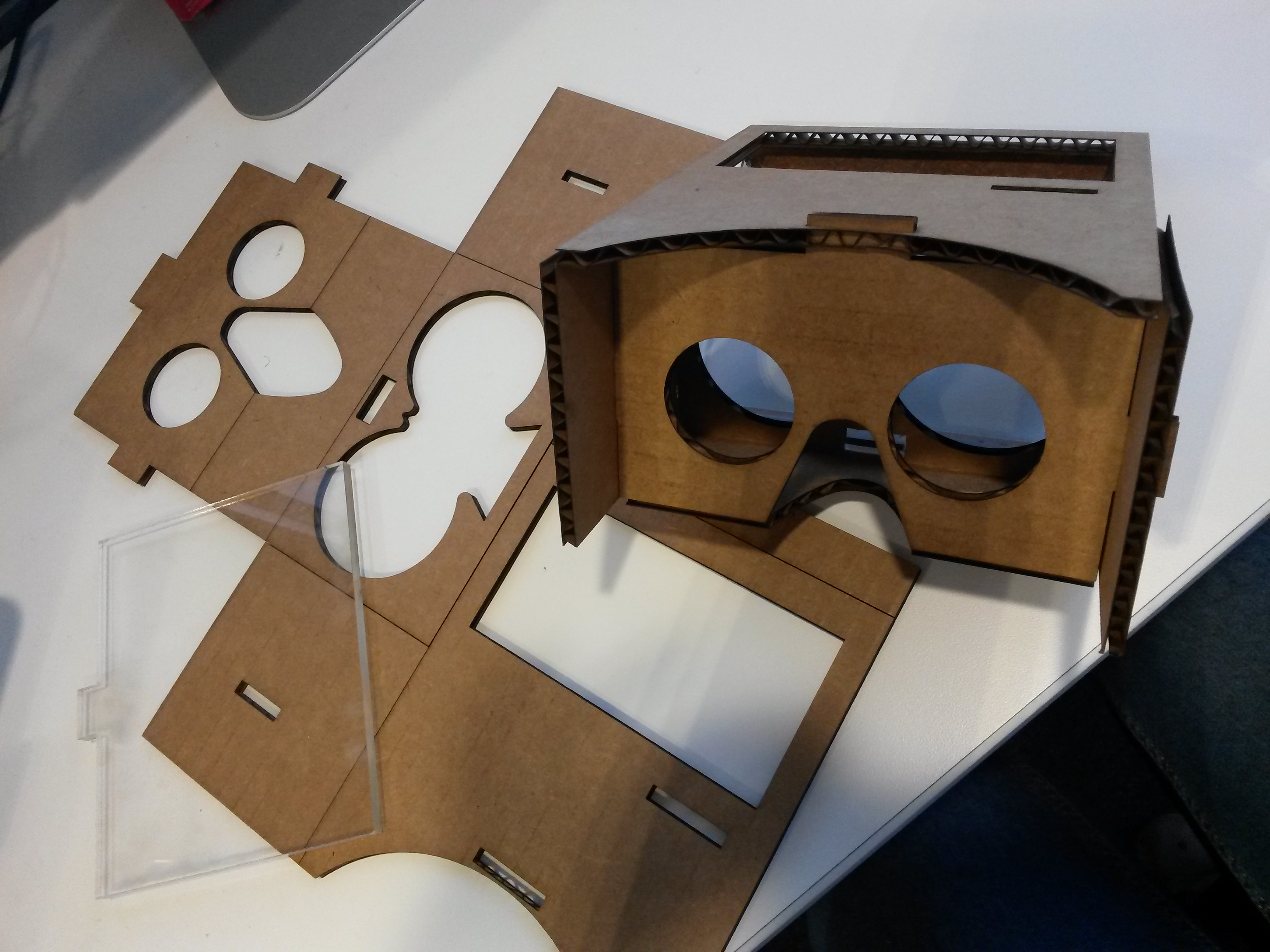 At this point, if you are using a rubber band and not paper binders, slide the band on the top part, where the phone will sit later. Now use the super glue and glue the thin piece of cardboard to the acrylic, pushing the flap in the acrylic piece into the slot at the front of the folded cardboard, creating a 45 degrees angle between the acrylic and cardboard. This will give us the pepper’s ghost effect! 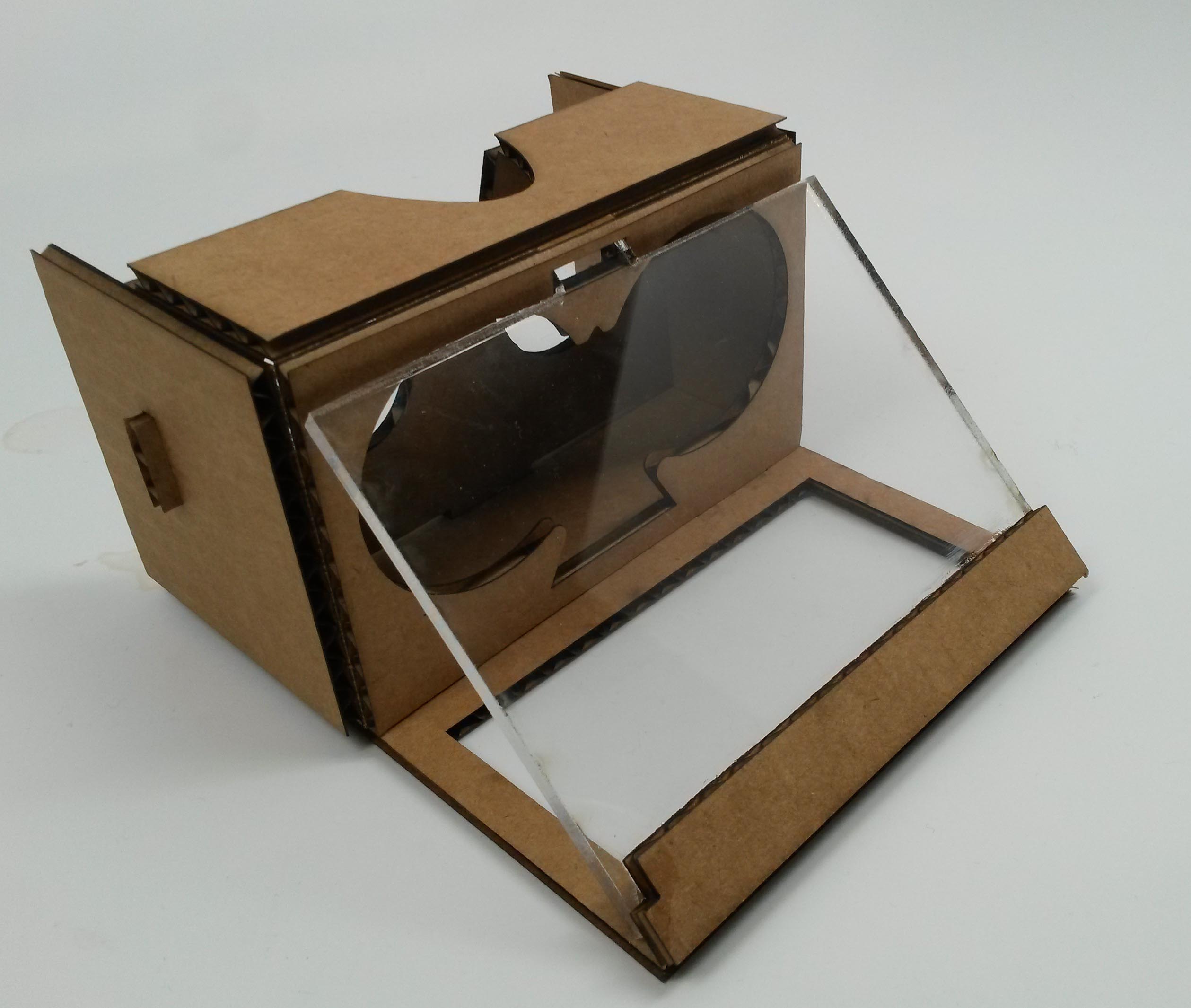 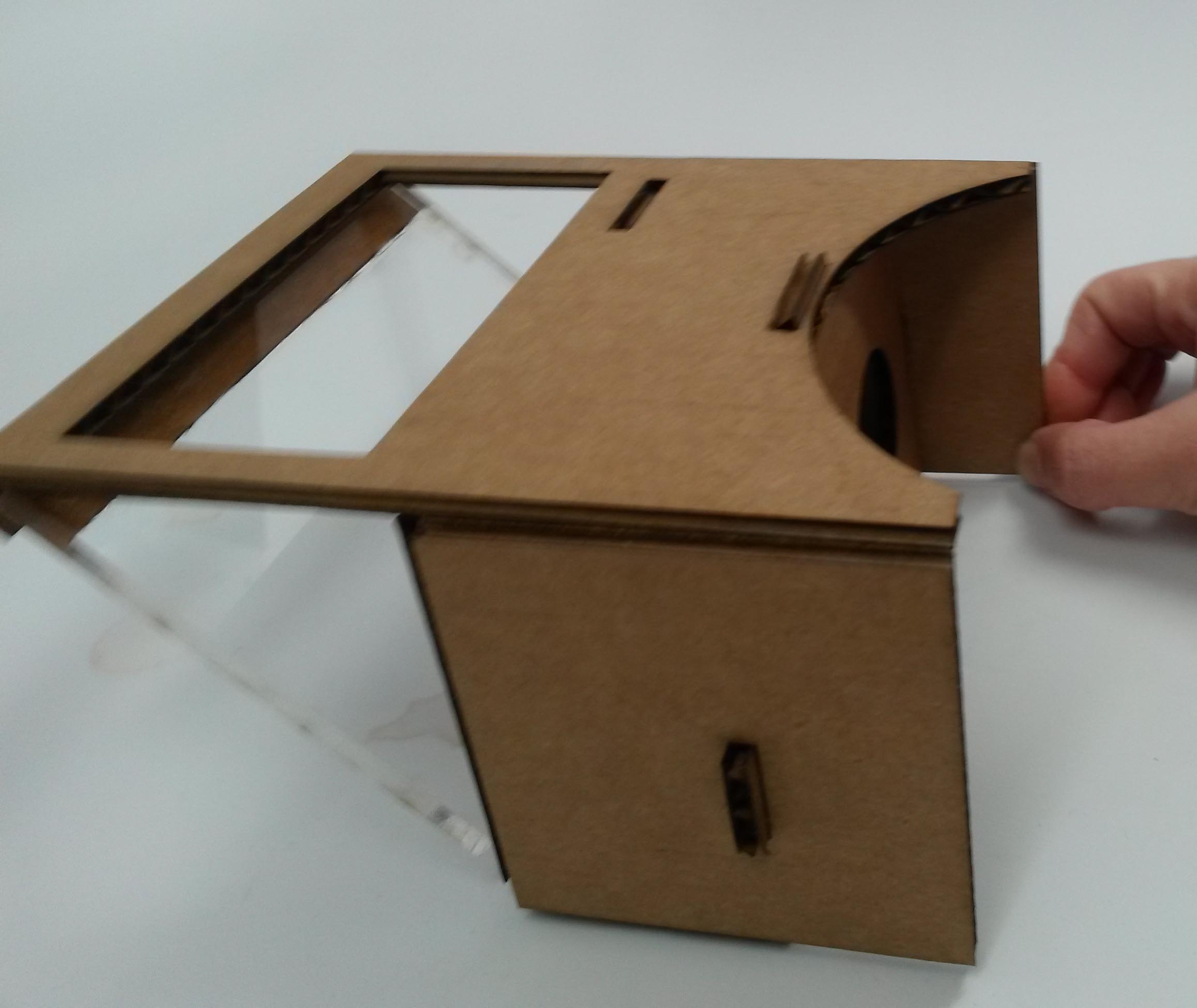 Then, just put and image or video with a black background on your phone and lay it on top of you device. Use the rubber band or paper binders to hold it so it doesn’t move 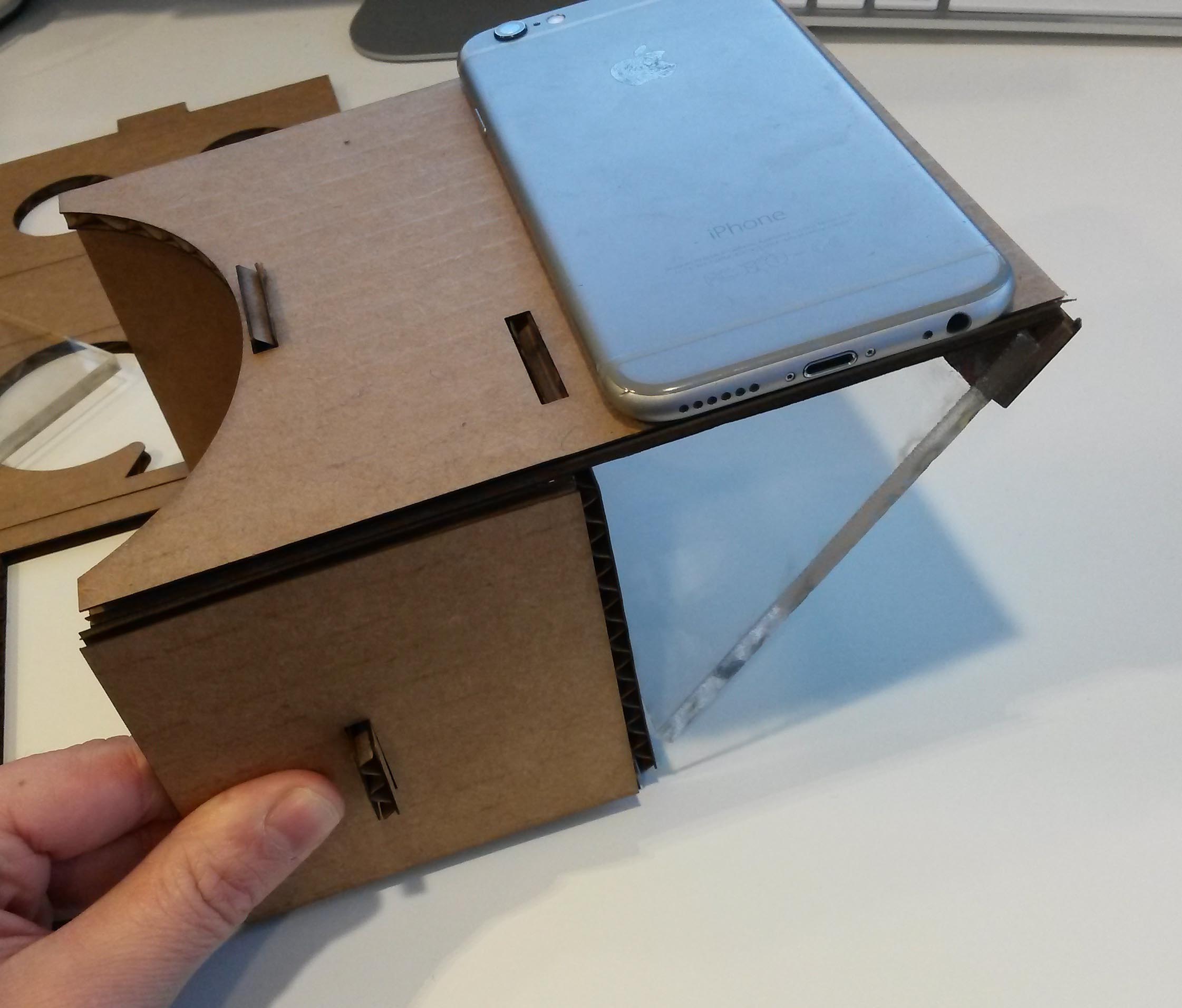 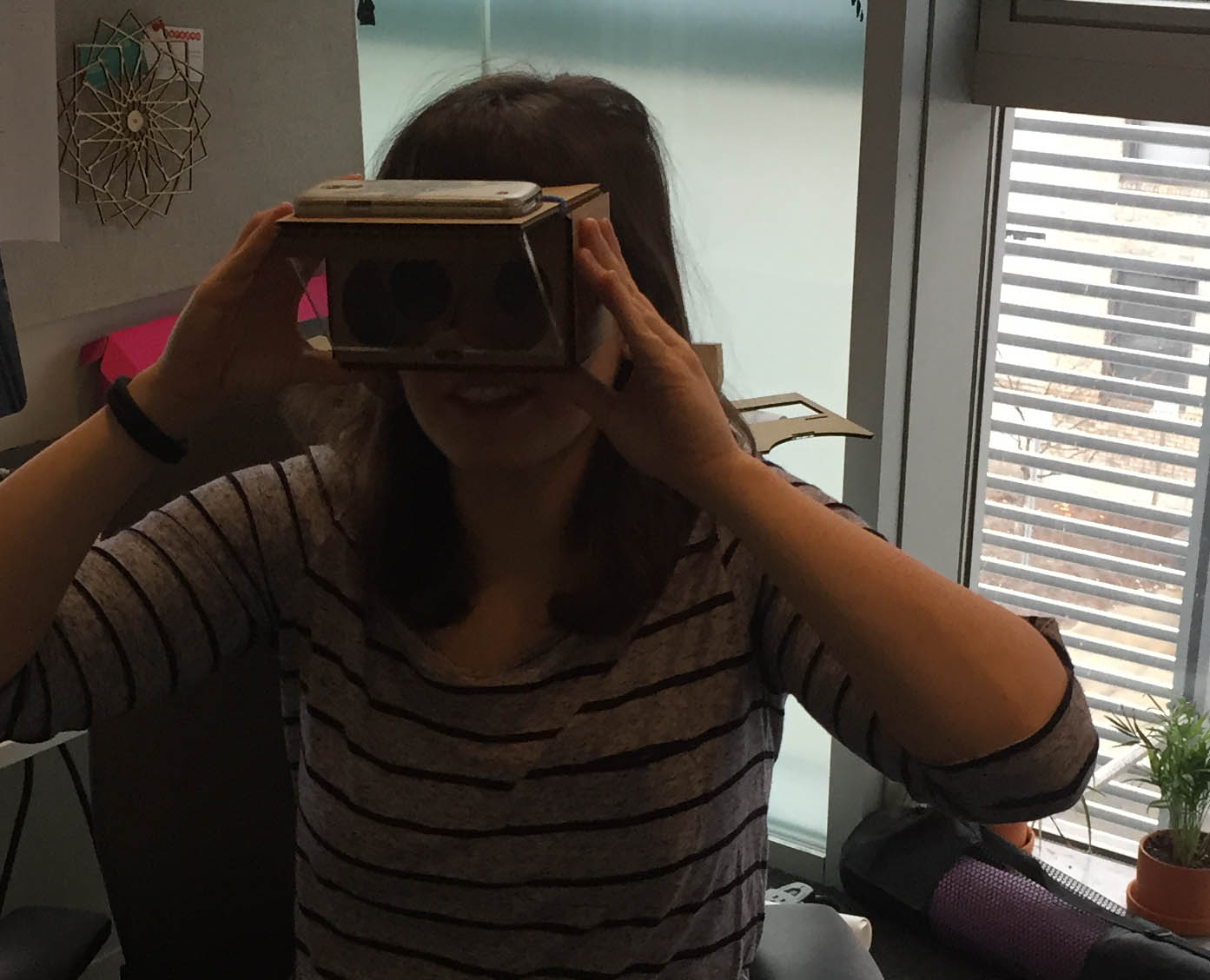 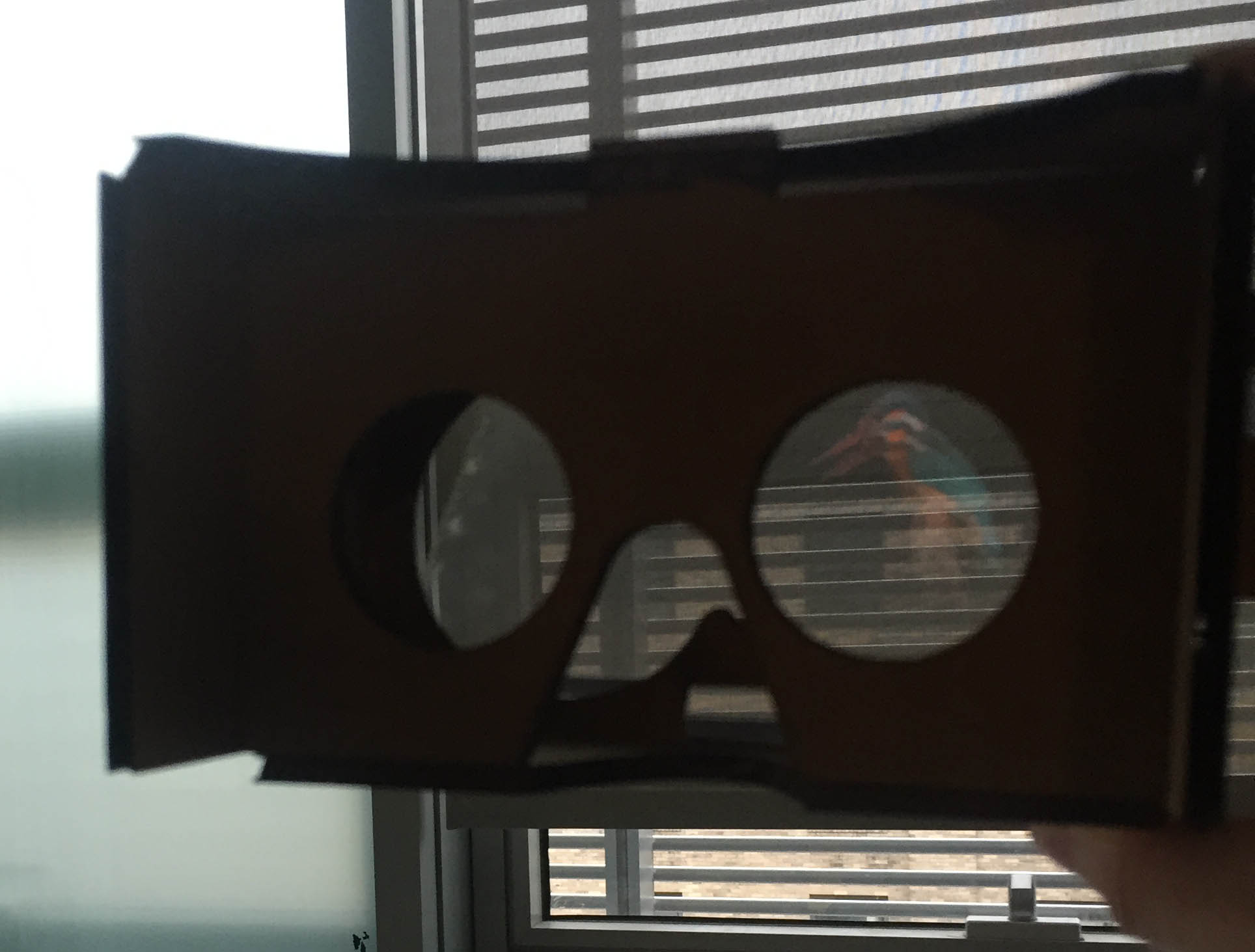 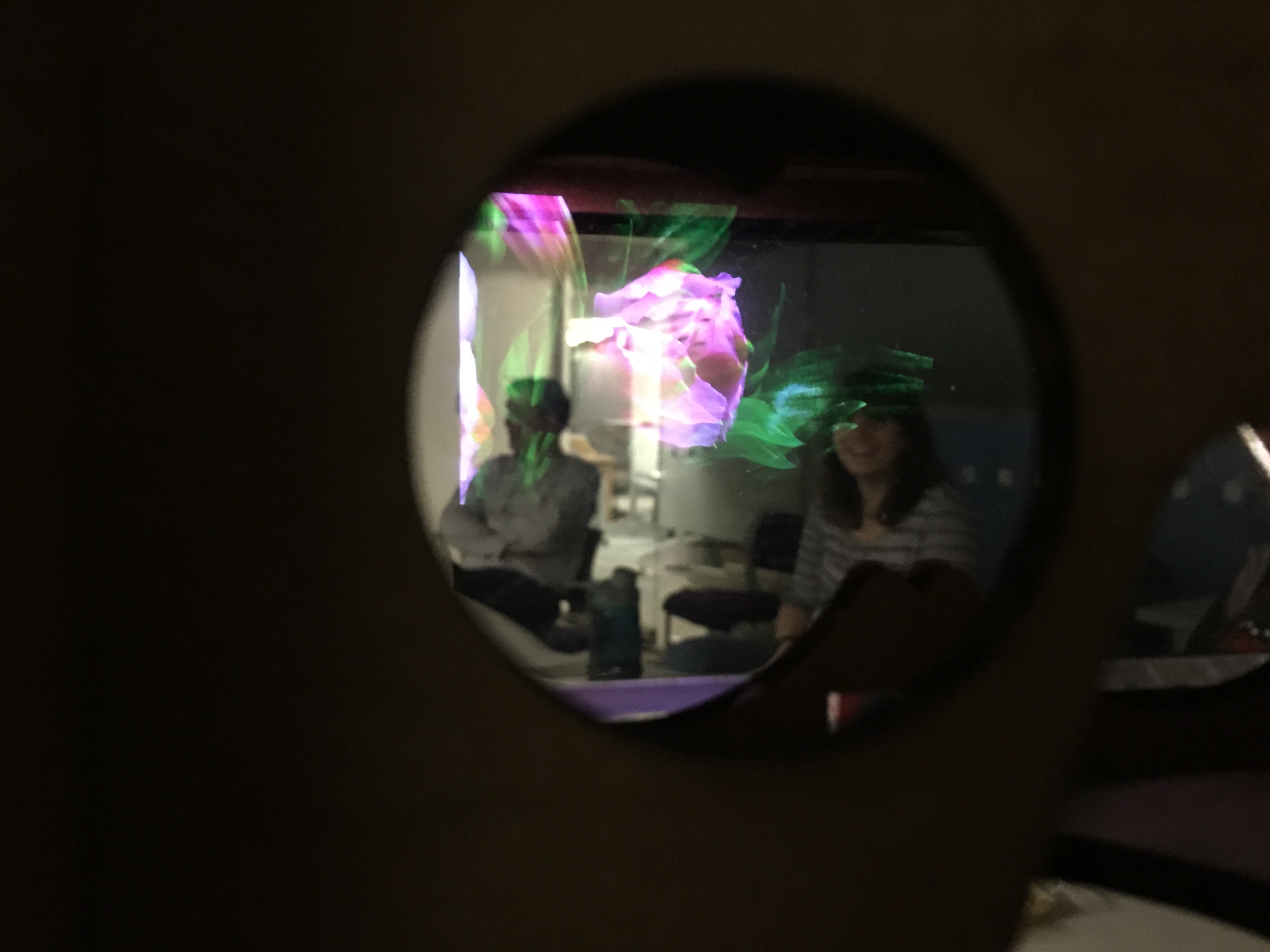 In the $0 version, there is not yet head tracking. An interesting next step would be to write a specific app that uses the phone accelerometer and moves the image according to the head movement.
In the mean time, the image would move with your head. Maybe this version is meant to keep your head still and watch flowers bloom in the sky like fir works, or as NovySan called it - Flower-works! :) 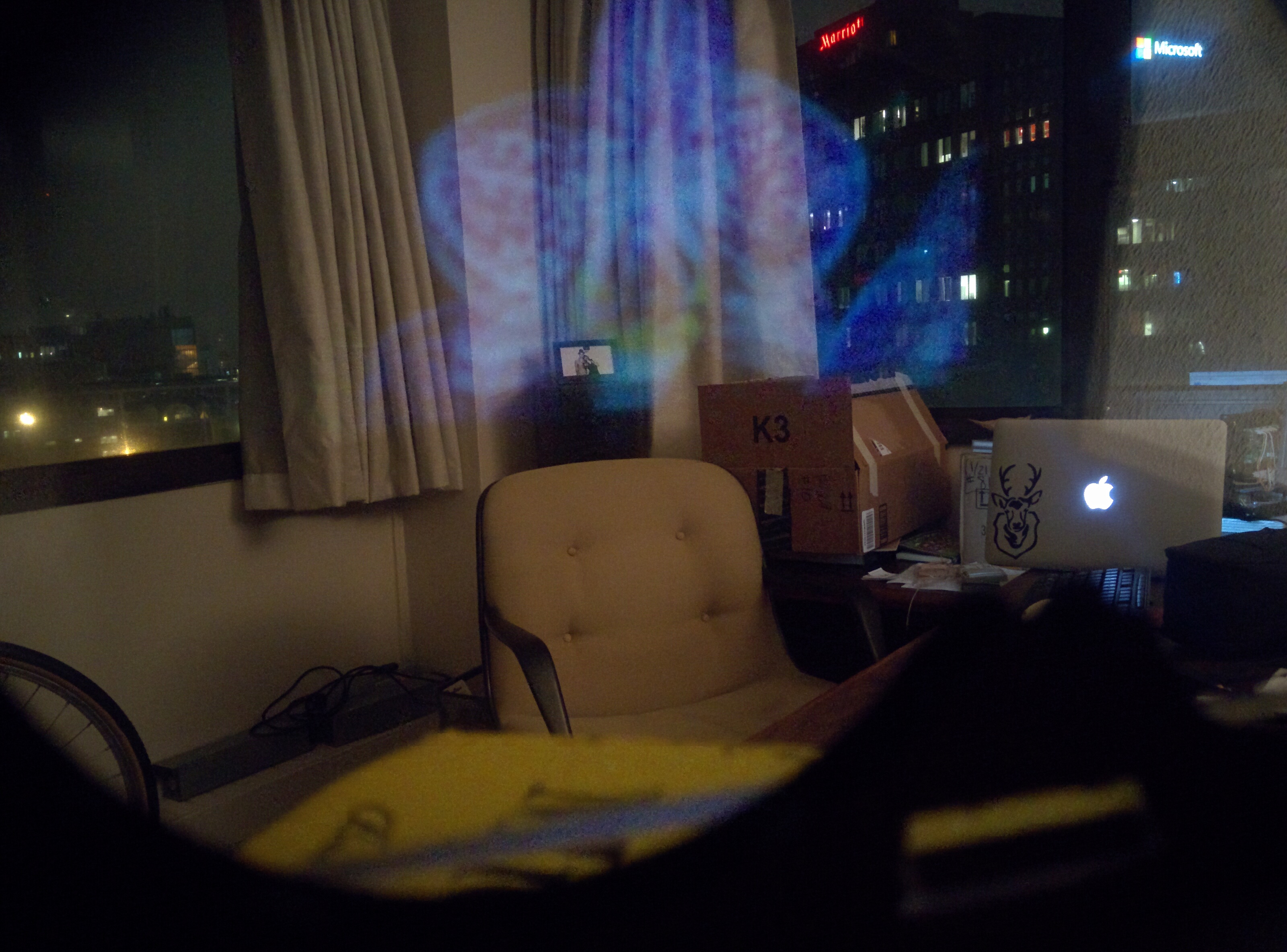 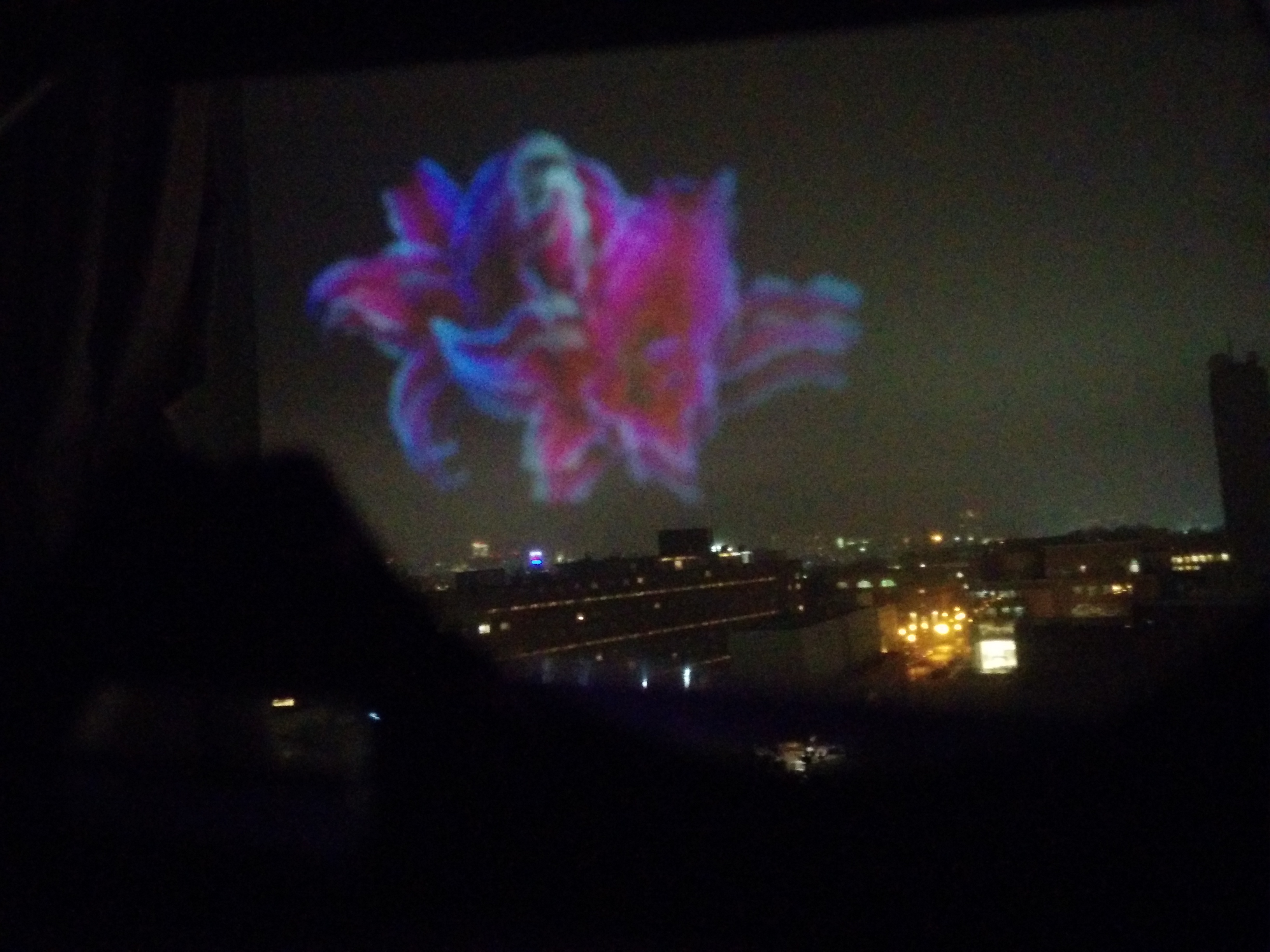 Following improvements we discussed in class will be showing two images (using an app similar to the Google Cardboard app used for YouTube videos), and adding a small piece of cardboard to split between the two eyes, so you can focus both on the augmented image and the background at the same time. If I had found a thiner piece of acrylic in the shop’s trash, I could also avoid the double image, but this is for the 5$ version of the device.