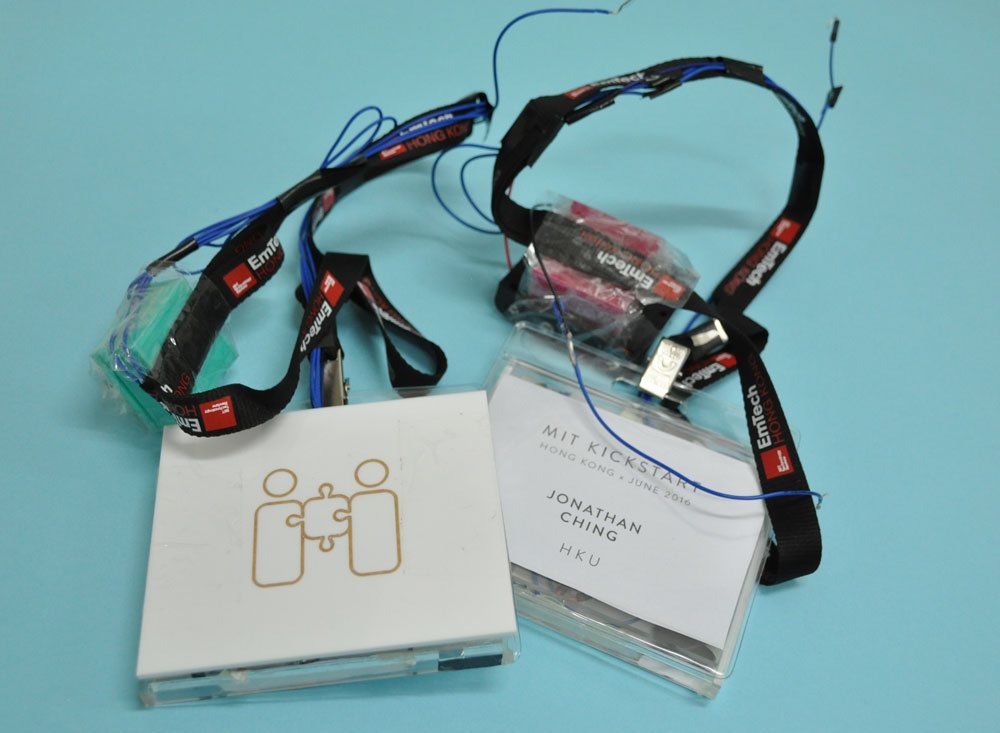 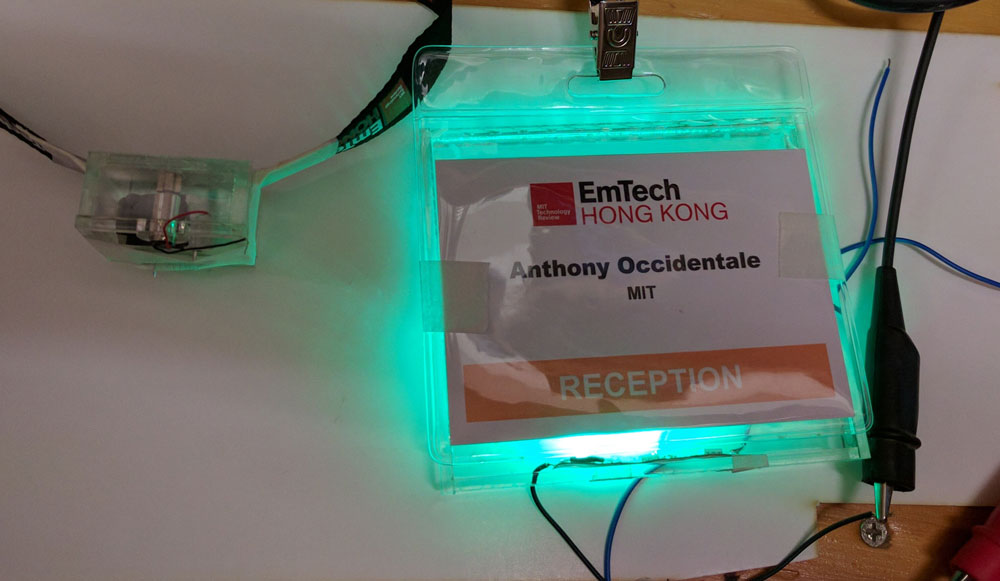 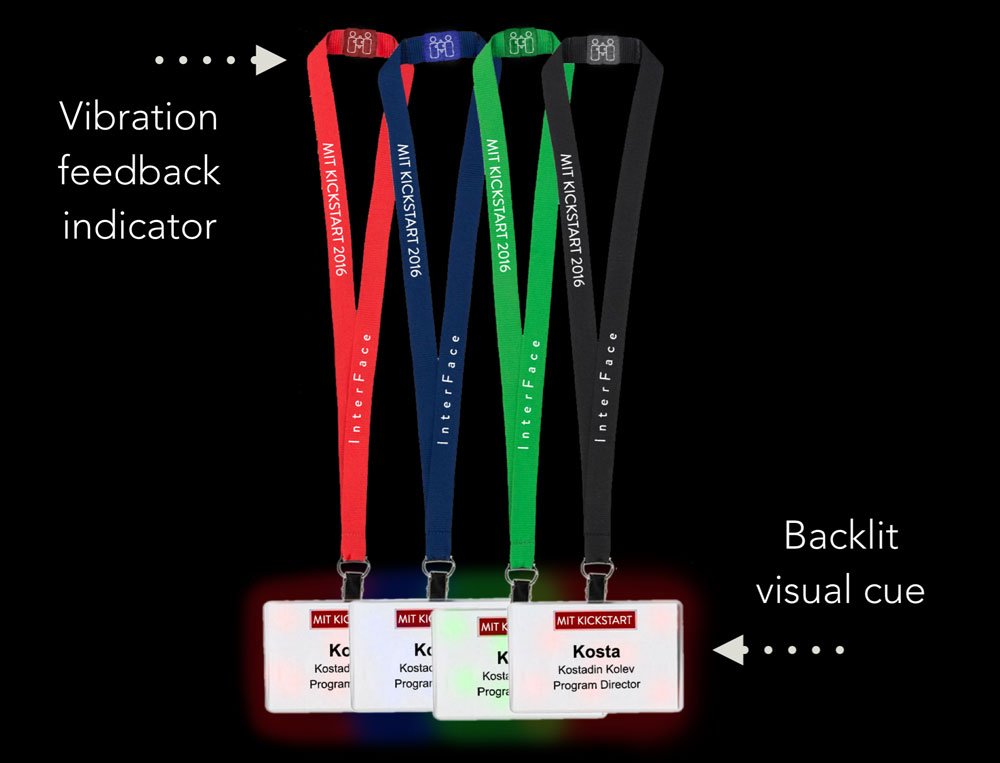 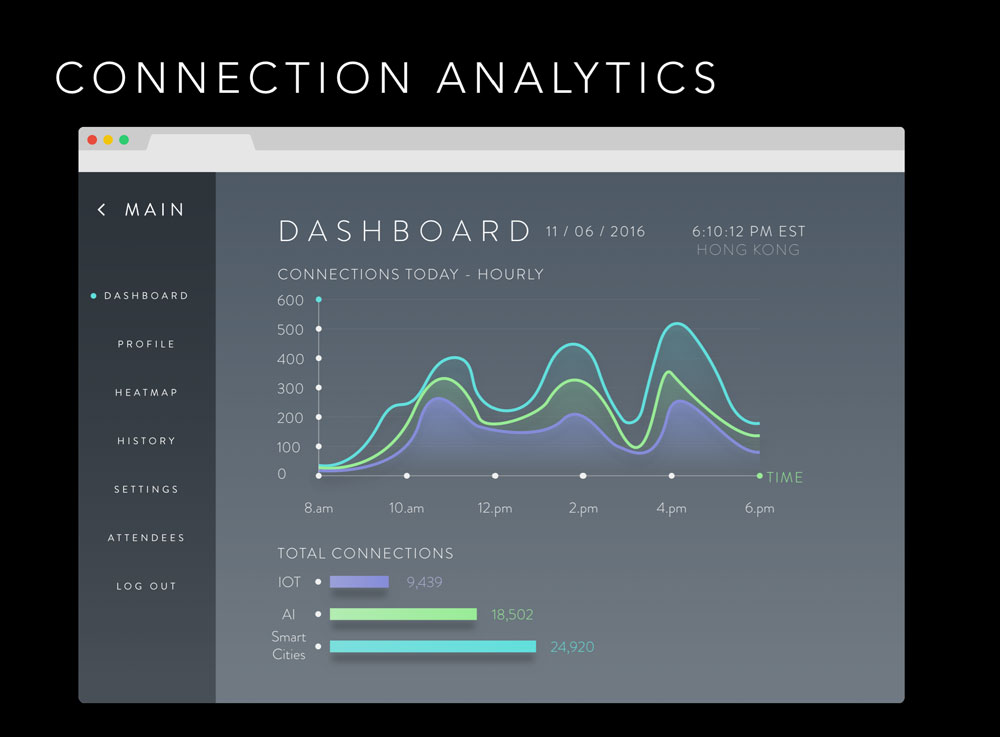 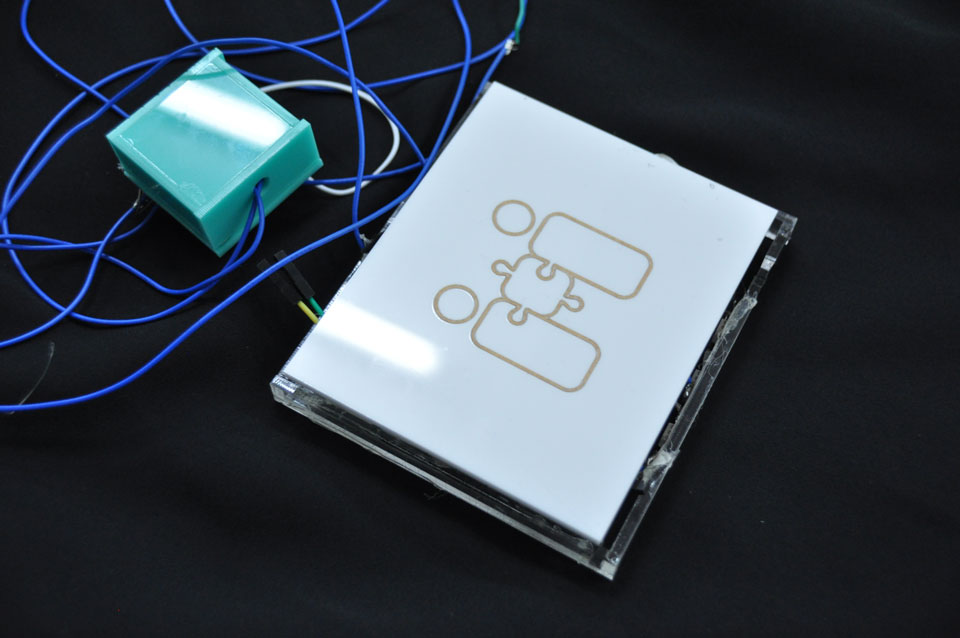 Our civilisations have evolved over time but we have retained ancient cognitive traits that are arguably unuseful in today’s society. In particular, we still retain the perceived barrier and hesitance to meeting new people and forging new meaningful relationships. Our team strove to shatter this barrier using the 2016 MIT Kickstart Hackathon in Hong Kong as an opportunity, where we became the winning team.

The idea is to have a lanyard with your preferences and profile loaded from your conference signup form you had to do anyway. The lanyard that will be worn by conference goers has tactile feedback on the neck and a visual cue that blinks at the same frequency and colour as another person nearby provided you both have sufficiently overlapping interests.

We built a prototype, a business strategy and a pitch in 3 days and were the wining team on the MIT KIckstart 2016.